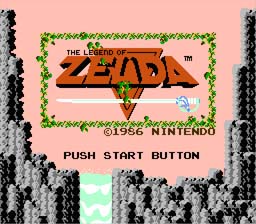 I made some games, but I’m pretending like I didn’t because they all turned out weird. — Shigeru Miyamoto (creator of The Legend Of Zelda)

After day one of using Git during a lesson @TheFlatironSchool, I developed this fantastic (and insane) idea to write a simple Git-based adventure game loosely based on my favorite video game series of all-time, The Legend of Zelda. My initial idea was to use git branches and branch switching to represent the different “worlds” containing “treasures” to be collected, like

This “branch-world” idea quickly became preposterous as Git branches are not meant to be completely distinct entities, but rather different versions of a master branch and represent modest changes in files and structures. I realized I’d need a cleaner, more sensible approach.

It became apparent that if I wanted to build a sensible game, I would need to actually study Git and understand how it should be used. I would have to acknowledge and draw upon Git’s power as a version control system and create a context to utilize that workflow.

Thus, The Legend of BASHellda was born. It would be a tutorial — masking as a game — played from the BASH command line. It would use sensible, beginner-friendly git commands, like

And to provide instructions to the player, I would have Princess BASHellda leave notes (in .txt format) to guide the player on what to do next. 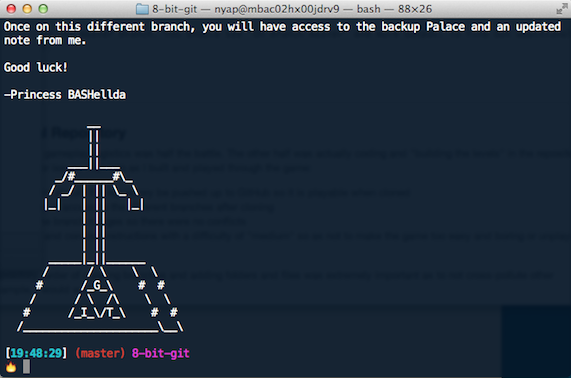 Logistics and Building a Story

The classic story of The Legend of Zelda involves a hero saving a princess from an evil wizard through the use of key items, such as a magical sword. Here is how I mapped those characters and items

And here are the branches or “worlds”

Sample note from the Princess in .txt file accessible by running cat command in BASH

Figuring out the gameplay logistics was half the battle. The other half was actually coding and “building the levels” in the repository. Here are some of the major issues I ran into as I built and played through the initial stages of the game:

In building the repository, order of creating branches and adding folders and files was extremely important as to not cross-pollute other branches. For example, I would want

to be replaced by

on the master branch. Here’s what the palace “looks like” after the player merges from backup. 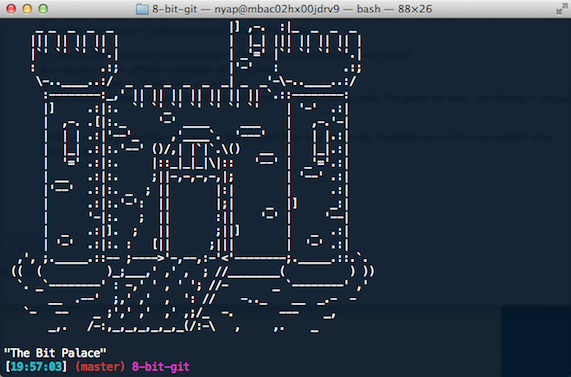 This is an ongoing project that will improve as I continue to learn and use git. I think I will build out different stages of the game to show the more advanced techniques of git that I don’t yet know. Stay tuned!